Overview of LegalTechs in Luxembourg 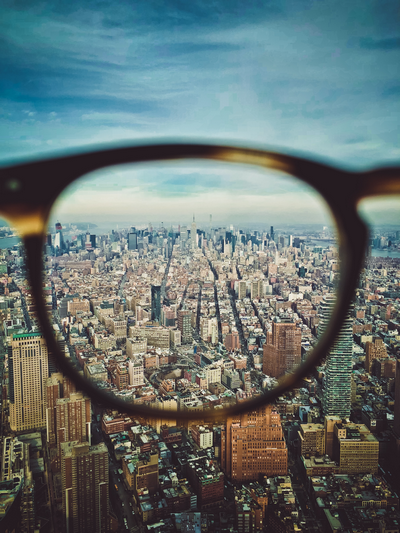 A few months ago, Maddyness published the French barometer of LegalTech, an independent study which detailed the number of LegalTechs in France, their services, their ambitions and the recent fundraising (1). In a much more modest way, we were inspired by their approach to offer you the first overview of LegalTechs in Luxembourg.

The first clear and irrefutable observation is that while the French market continues to mature, the Luxembourg market is even younger. France already had around 20 LegalTechs in 2016. The first company to offer similar services in Luxembourg only appeared in 2017.

It is the Belgian startup Online Solutions Attorney which opened its site in June 2017 for Luxembourg lawyers (2). With 3 lawyers at their launch to reach the number of 9 in December 2017, they have since June 2018 12 registered lawyers.

It was not until March 2018 that the first LegalTech based in Luxembourg was launched (3). However, their Juridivox platform was officially launched more than a year later, in June 2019. Launched with 6 lawyers, the platform now has 11 lawyers.

It is also in 2018, in April, that a third player appears. Again, their Juridig platform is launched much later, in August 2019. From two lawyers at the beginning, the startup now has 4 registrants.

Since then, a new player has appeared, for a total of 4 LegalTechs registered in Luxembourg today. Legal Finder was created in mid-May 2019 and launched its platform a month and a half later, in July of the same year. Although the latest arrival, the startup has recorded very strong growth, from 4 lawyers at its launch, it now has 38 registered lawyers, a little over 1% of the total number of lawyers registered in Luxembourg (4) and more than all the other LegalTechs combined.

Of course, the low number of Luxembourg LegalTechs is to be put in relation with the size of the country, in comparison with France or Belgium for example. However, it is clear that the market has only just started to emerge and that others will soon follow.

Secondly, the range of services offered by LegalTechs active in Luxembourg is very limited. This is not surprising given their small number.

Thus, if the barometer published by Maddyness classifies French LegalTechs in 12 different categories, from business process digitization to data mining to matchmaking, Luxembourg LegalTechs all fall into the "Matchmaking client-lawyer" category. Each of them offers a more or less advanced matchmaking service, but the service remains similar.

As a consequence of this limited catalogue, local players are turning either to solutions developed in-house, such as Allen & Overy and its FundsFlow DocMaker tool (5), or to external solutions, such as for example Arendt & Medernach, which has signed a contract with the French LegalTech Predictice (6), recently imitated by the BSP firm (7). These separate initiatives show the real interest of law firms in the services of LegalTechs. The market is therefore in demand, although there must still be offers. The market certainly needs maturity, but faced with the growing catalogue of offers in the border countries, Luxembourg risks being overtaken by foreign players if its local companies do not quickly provide solutions.

This should be the case very soon, since Juridig, for example, has announced that it wants to develop a calendar system linked to court hearings. Legal Finder, for its part, intends to develop its offer on several levels, both in the digitalisation of business activities with case management coupled with an invoicing system, but also in terms of assistance in setting up a business or legal procedures.

A cross-border vocation or ambition ?

Three-quarters of French LegalTechs only operate in France. The same is true in Luxembourg, since the three LegalTechs based in the Grand Duchy only offer their services in Luxembourg. The fourth is a subsidiary of a Belgian startup and is the only one to operate outside Luxembourg.

However, this situation could change rapidly. Indeed, many of the cases handled in Luxembourg have a cross-border dimension and could benefit from multinational expertise. At the same time, as the Luxembourg market is smaller than that of our neighbours, hopes for the survival of local LegalTechs could lie in a development abroad. It would therefore appear that grand-ducal LegalTechs has a vocation to export themselves.

This vocation is even an ambition for some of them. Thus, during the Startup Stories evenings organised by Paperjam, Juridivox pitched its desire to transform its platform into a real community of European lawyers, who could quickly find and contact a colleague abroad. At the Global Ventures Summit in Esch-Belval, Legal Finder explained its desire to open its platform to border countries and to offer its services to law firms in the Greater Region.

52 million euros. This is the amount raised by French LegalTechs in 2019. We're far behind in the Grand Duchy since there are... no money raised. This is not surprising since the market is still too new, and before being financed, our LegalTechs will have to prove themselves. But the financing could come soon.

It will therefore be interesting to see the development of the Luxembourg market in 2020. This market which, to date, is still to be conquered.

Despite all the care taken in writing this article, the sector is still very poorly documented and some information may have escaped us or be unknown to us. If this is the case, we would like to thank all those who would be willing to contact us to let us know about it.

Are you a lawyer? Let’s find new clients
Create an account

How to prepare for your first appointment with a lawyer

How to choose the right lawyer

To follow our development, our company and stay aware of our new features, subscribe to our Newsletter!